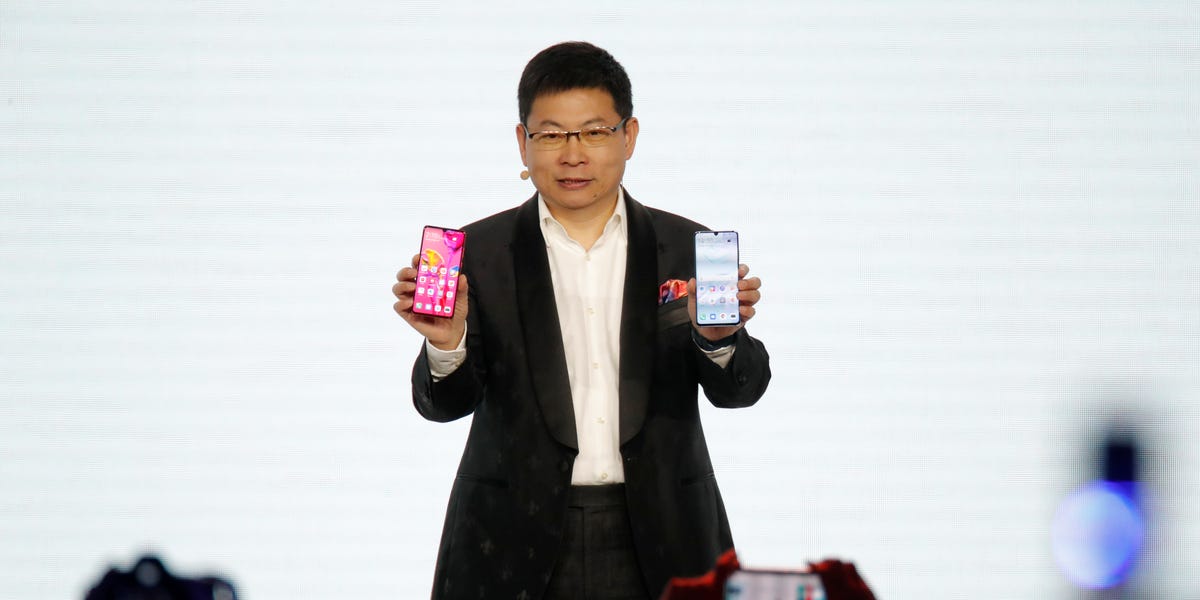 The Chinese electronics giant Huawei has surpassed Apple to become the No. 2 smartphone vendor worldwide, according to statistics from the International Data Corp. (IDC).

The milestone comes as smartphone sales are declining globally and Huawei faces ongoing scrutiny regarding the security of its devices and accusations of fraud.

That puts the company in a strong position to eventually overtake Samsung as the top smartphone vendor and places it ahead of Apple. Smartphone shipments dropped by 30.2% for Apple in the first quarter of 2019 compared with the same period one year ago, IDC reported.

Samsung saw its volumes drop by 8.1% in the first quarter of 2019, although it still holds the top spot with 23.1% of the global smartphone market.

Apple and Samsung aren’t the only major companies experiencing the repercussions of a slowing smartphone market. Google said in its recent earnings report that sales of its Pixel smartphone are falling, and LG’s mobile division recently reported first quarter sales of $1.34 billion, down from $2.01 billion in the same quarter last year.

Huawei in March posted record financial results for 2018, with its revenue surpassing $100 billion for the first time, representing a $19.5% year-over-year increase. Its consumer business, which includes smartphones, grew by 45.1% year-on-year in 2018.

Part of Huawei’s success can be attributed to its wide-ranging product portfolio, which includes both high-end phones, such as its Mate and P lines, and lower-end devices under its Honor offshoot brand. The company’s premium models also created a strong brand affiliation for these cheaper products, IDC said.

Apple, meanwhile, struggled to keep up with rivals despite its trade-in programs and price cuts in China, particularly as competitors are readying new models with 5G connectivity and foldable designs, IDC said.

Read more: Apple is expected to launch 3 new iPhones this year — here’s everything we know so far

But market share and smartphone sales aren’t the only metrics by which to measure success. Although Huawei claims more of the worldwide smartphone market than Apple, the iPhone maker generated about $266 billion in annual revenue in its 2018 fiscal year, which is more than double Huawei’s 2018 revenue.

Apple is now shifting its strategy to focus on other product areas, such as services, to offset slowing iPhone sales. Revenue from its services division hit an all-time high of $11.5 billion, the company said in its recent earnings report, and it plans to release a new paid TV service and a gaming service to further boost that product segment.

Still, Huawei’s business is booming, even as it faces more scrutiny than ever before around the globe.

Earlier this year, US government officials appeared at the Mobile World Congress conference in Barcelona to lobby its European allies not to use Huawei’s equipment in their networks. The move came as a result of the ongoing suspicions about whether the company’s technologies provide a backdoor for the Chinese government.

Huawei has denied these claims, both in its press conference at Mobile World Congress and more recently in its earnings statement.

“The easiest way to bring down a fortress is to attack it from within,” Guo Ping, Huawei’s rotating chairman, wrote in the press release. “And the easiest way to reinforce it is from outside. Moving forward, we will do everything we can to shake off outside distractions, improve management, and make progress toward our strategic goals.”

The Chinese tech behemoth was also indicted on charges related to fraud and trade-secrets conspiracy earlier this year, to which it pleaded not guilty.

Meng Wanzhou, Huawei’s chief financial officer, is also awaiting extradition to the US in connection with fraud charges. The Supreme Court of British Columbia in Vancouver has set a date of May 8 for her hearing.

Huawei’s success comes amid a global decline in the smartphone market.

IDC reported that smartphone sales in the first quarter of 2019 were down by 6.6% year-over-year, marking the sixth consecutive quarter of decline. The first year shipments didn’t grow was 2017, the former Kleiner Perkins partner May Meeker said in her Internet Trends report in 2018.

Smartphone sales boomed between 2011 and 2016, with 2013 proving to be a landmark year as sales of smartphones surpassed feature phones for the first time. But while smartphone adoption has grown, consumers have stopped upgrading their phones as often, especially as smartphones have become increasingly expensive.

Read more: Apple says products like the Apple Watch and AirPods are doing so well, its wearables business is as big as a Fortune 200 company

Samsung has followed a similar trajectory. The company announced four versions of its flagship Galaxy S10 in February, which range in price from $750 to $1,300, while the Galaxy S7 from 2016 started at $669.99.

New smartphone models in recent years have introduced incremental upgrades, making it difficult to convince consumers to pay $1,000 to upgrade to the latest version.

Apple is expected to release three iPhones in September, which will reportedly feature new capabilities, such as reverse wireless charging and a triple-lens camera for the high-end model.

But Ryan Reith from IDC believes that Huawei is likely to keep its second-place spot this year. “This new ranking of Samsung, Huawei, and Apple is very likely what we’ll see when 2019 is all said and done,” he wrote.