Huawei Turns To Russia For Its Game-Changing New Android Alternative 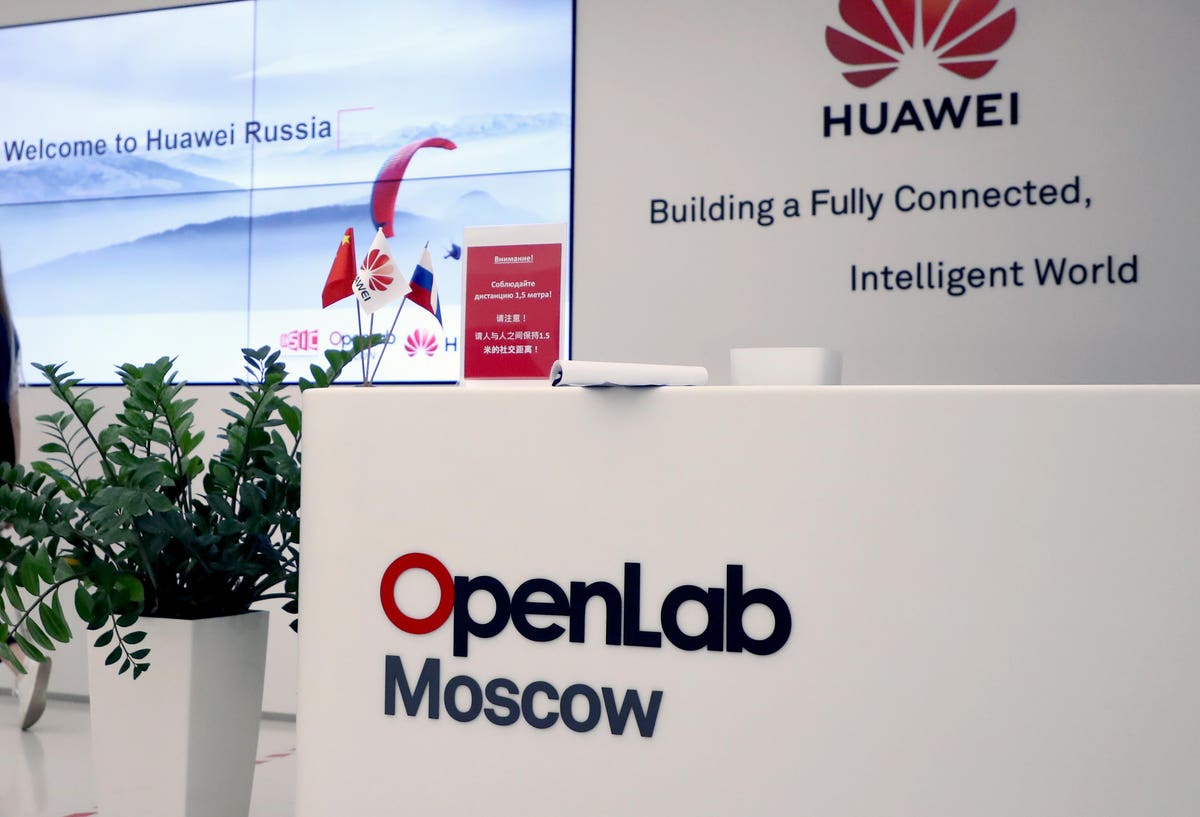 It has been clear for some time that the more America banishes and isolates Huawei, the more Russia steps up to fill the gap. Not long after President Trump blacklisted the Chinese tech giant last year, Vladimir Putin made his intentions clear—accusing America of “brazenly forcing Huawei from the global market,” in what could be described as “the first technological war of the coming digital era.”

Then just a month ago, Huawei CEO Ren Zhengfei confirmed that “after the U.S. included us on the entity list, we transferred our investment in the U.S. to Russia, increased Russian investment, expanded the Russian scientist team, and increased the salary of Russian scientists.” Huawei wants to expand its global influence, and Russia is along for the ride.

At the company’s developer conference last week, Huawei made clear its ambition to coral developers and manufacturers to help build a third-way alternative to Google’s Android and Apple’s iOS. The U.S. has stripped Google from new Huawei smartphones, essentially backing the company into a corner from which this seems the only way out. Huawei says there is room in the global market for another operating system and it plans to take its opportunity. The risk this presents to America’s control of the world’s mobile ecosystem is clear.

Behind Huawei’s intent there’s a hypothesis that Chinese software developers and other device manufacturers can be encouraged and cajoled—helped by Beijing making this a national strategy—to join a China-first technology play. The plan, though, extends much further. The prize, says Huawei, is to build a bridge between China and the rest of world. It will create more TikToks it says, on the international stage, but also open access to China, the world’s biggest smartphone market.

Last month, Huawei chairman Guo Ping rallied staff by telling them the company launching its own OS alternative to Android is “a protracted war that Huawei is destined to win in the end,” that “Huawei will be able to survive and take the lead even in an extremely hostile environment,” and that the company will “persist and fight for a long time… we will definitely succeed.”

The big news to come from that Huawei Developer Conference is that HarmonyOS is likely to find its way onto smartphones next year—and those smartphones won’t only come from Huawei. The company wants to replicate Android’s open-source OS and the huge growth and influence achieved by opening up in that way. Russia doesn’t need any persuasion to join in—it’s already halfway across the bridge. And so there’s little surprise in the news, shared by China’s state-controlled Global Times, that “Huawei’s Russian research and development team said it will join the development of [the] Harmony operating system and apps based on it.”

“Huawei’s Russian R&D team,” says the Global Times, “has around 1,500 staff located in cities including Moscow, St. Petersburg, Nizhny Novgorod and Novosibirsk.” Its focus will be “to help its research become more compatible with Huawei’s mobile ecosystem.” Huawei has said that more than 100 million devices will soon run HarmonyOS. The real prize, though, is its 600 million smartphone users.

Quite how Huawei users will feel about Russian-developed software on their devices remains to be seen. One can expect little reaction in China and Russia, of course, but Huawei has not given up hope of recovering its position in Europe and other markets hard-won over the last decade. The reaction there will likely be much more mixed.

Earlier this year, I reported that Huawei is recruiting hardened cyber skills in Russia, including offensive cyber, vulnerability exploits and pen testing. The company told me that “cybersecurity is Huawei’s highest priority and we employ a qualified team of specialists worldwide to ensure the security of our products and services. That includes supporting our customers in Russia, as elsewhere.”

You can make of that what you will. The fact is that America’s action against Huawei has left the door open for Russia, and the company now has little to lose. As U.S. sanctions have escalated, Russia’s own tech sector and industrial base has gained in appeal. China is racing to un-Americanize its supply chains and higher-end industrial capabilities, engaging with Russia will be a benefit here. Russia is also one of the main countries selected by Huawei as a hub to attract local third-party software developers into the ecosystem.

The fact that China and Russia—the two countries most feared by Washington’s cyber defenders—are collaborating on a would-be global mobile operating system and a mass influx of new apps and services will be lost on no-one. Least of all Washington’s policy makers who may even find themselves exploring options to sanction those looking to replace Google with a Huawei alternative.