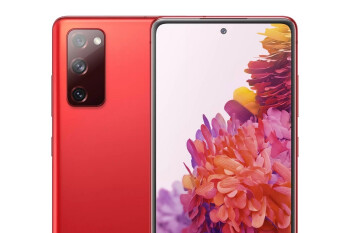 Samsung announced theGalaxy S20in February but it isn’t done with the high-end series just yet. A cheaper smartphone dubbed the Galaxy S20 Fan Edition is on the way and nowRoland Quandthas detailed it in full.

Exynos or Snapdragon? You choose this time

The Galaxy S20 Fan Edition will be available in 4G LTE and 5G variants for customers in Europe. The former reportedly features the weaker Exynos 990 chipset whereas the latter benefits from the powerful Qualcomm Snapdragon 865.This marks the first time in recent history thatSamsung is offering both Exynos and Snapdragon versions of a device in the same region. As for storage, the South Korean company is said to have chosen 128GB coupled with 6GB of RAM in Europe.Rounding out the internal package is a large 4,500mAh battery and support for 15W fast charging. On the software side of things, Android 10 and One UI 2.5 is expected straight out of the box. But Samsung’s new software policy means updates to Android 11, Android 12, and Android 13 are guaranteed once available.

Both the 4G LTE and 5G Galaxy S20 Fan Edition models are identical on the outside. Samsung has chosen a 6.5-inch flat Super AMOLED display complete with a small punch hole for the selfie camera and a Full-HD+ (2400 x 1080p) resolution.

Despite being positioned as a so-called budget flagship, though, the display on the Galaxy S20 Fan Edition comes with a massive advantage over the regular Galaxy Note 20 – it supports a super-smooth 120Hz refresh rate.

Other display details include Corning Gorilla Glass 3 for added protection against drops and scratches, and an in-screen fingerprint scanner, although it’s unclear whether Samsung has opted for an optical or ultrasonic sensor.

Moving away from the screen and over to the cameras, Samsung has fitted the smartphone with a 32-megapixel f/2.0 sensor that should provide decent results. The rear, on the other hand, is home to a triple-camera setup.

It consists of a 12-megapixel main sensor complete with an f/1.8 aperture. The report says the sensor is identical to the one found on the Galaxy Note 20 and Galaxy S20 & S20+ flagships, meaning it will produce some brilliant photos.

That’s accompanied by a 12-megapixel ultra-wide-angle shooter with support for a 123-degree field-of-view and an f/2.2 aperture. Also included is an 8-megapixel f/2.0 3x telephoto zoom snapper with optical image stabilization.

Thanks to the cameras and powerful chipsets, Samsung has added support for 8K and 4K video recording to the Galaxy S20 Fan Edition.

The Samsung Galaxy S20 Fan Edition, which is carved out of plastic and measures in at 74.5 x 159.8 x 8.4 mm, was rumored to make an appearance at ‘Unpacked Part 2’ earlier this week but that didn’t happen.

Samsung is now expected to introduce the smartphone in late September or early October. Once that happens, it should be available to purchase in White, Blue, Orange, Red, Green, and Lavender.

There is no word on European pricing yet, but rumors suggest the device could retail at $799 in the United States which would make it an incredible $200 cheaper than the poorly received Galaxy Note 20.

Galaxy S20 owners aren’t going to like this latest Samsung