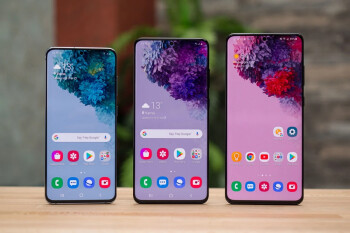 It shouldn’t come as a huge surprise but, parallel with theAndroid 11 update for the Galaxy S20, Samsung is also working on bringing its newOne UI 3.0 interfaceto its next best thing, theGalaxy S21 that will likely land at the end of February.Tucked in Samsung’s community forums in Korea, is a posting that depicts all of the expected three 2021 S series phones – the Galaxy S21, S21+, and S21 Ultra, or whatever Samsung names them – and with model numbers that indicate those are the Verizon versions, too.

It makes sense that Samsung is starting with Verizon‘s firmware, given that Big Red has strayed so far from the 5G pack, that its mmWave 5G network requires special modems and antennas in exclusive phones that are usually denoted with the UW suffix, for Ultrawide Band.

There isn’t much more to this story, and we hope it holds water in the end, as it’s not unprecedented for Samsung‘s future firmware to leak so far in advance. The Galaxy S21 is expected to bring some grand camera and display upgrades, so we’ll be all ears for upcoming leaks.

Unfortunately, that particular Galaxy S21 SM-G991U model number already leaked with “just” a 3880 mAh battery, yet the next in line SM-G996U that is supposedly the S21+, appears to carry a 4660mAh unit that is larger than on its predecessor the Galaxy S20+.

The S21 should also have the fastest upcoming 16GB memory pack, and a 5nm Snapdragon 875 but there will certainly be other goods in store to be revealed when time nears.