Why We Upgraded Our Reviews Approach for Apple’s iPhone 11

While tech reviewers last week encouraged people to upgrade to Apple’s newest phones, The New York Times recommended something different: to cherish the phone you have, and upgrade if you must. Here’s why. 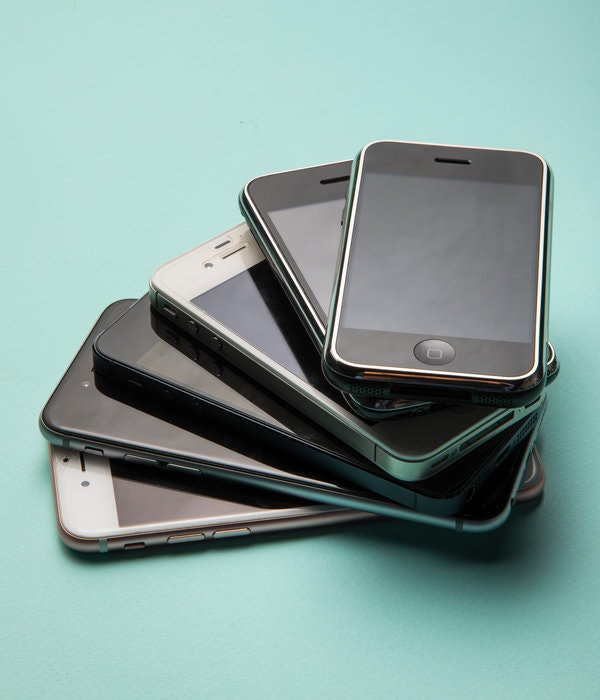 Six generations of Apple iPhones — not including the new 11 model, which came out last week.Credit…Tony Cenicola/The New York Times

Times Insider explains who we are and what we do, and delivers behind-the-scenes insights into how our journalism comes together.

Allow me to explain.

In my experience writing about tech for more than a decade, I’ve watched closely as the phone industry has changed. I’ve also been listening to our readers.

Last year, when I reviewed the iPhone XR, I said it was fast and capable, and for $750, it was the iPhone best suited for most people. Some of our readers weren’t satisfied.

“My iPhone 4S still suits me just fine,” one commenter wrote. Another comment carried a similar tune in my iPhone XS review: “The phones we have are already more than adequate.”

As a tech reviewer, I’ve watched the smartphone market evolve. These were the most notable trends in recent years:

Despite all these market changes, many smartphone reviews, including mine, had not revised the formula that was born over a decade ago. As per tradition, we took a deep dive on the new phones, made comparisons to competing products and wrote about how much faster and better they were than their predecessors.

Assuming the new phones were better than old ones — and when are they not? — we reviewers encouraged people to upgrade. I wondered last week: Are we putting upgrade pressure on people when even the carriers are not?

So with all this in mind, after testing the new iPhone 11s, I talked to my editor about how things felt different, and we devised a fresh approach: a review that discusses the new features while taking into account market changes, followed by recommendations for those who truly need to upgrade, those who can maybe upgrade and those who don’t need the upgrade.

Need is a squishy word. Anyone can come up with a reason that they “need” a new gizmo. But the most objective advice we could come up with for people who are thinking about upgrading from an old iPhone is that they need a new device if their current one is at least five years old. That’s because Apple’s new operating system, iOS 13, which arrived last week, stopped supporting iPhones that were released before 2015. That means the iPhone 6 and its predecessors can’t get system updates, and some of their apps may stop working properly.

Who can upgrade if they feel like it? I wrote that for owners of the iPhone 6S (from 2015) and iPhone 7 (2016), the new iPhone 11s were a nice (but not a must-have) upgrade for their bigger screens and increased speeds, among other perks. But this time we included this context: Those older iPhones are still fast and their cameras are still great, and owners of those devices can replace their batteries for cheap to extend their lives.

Based on our data, the iPhone 11 review was the most well-read iPhone review we have ever published, with hundreds of comments — some snarky but many of them grateful for the approach. We will continue tinkering with our formula on how we review smartphones, but in the meantime, we welcome feedback.

Follow the @ReaderCenter on Twitter for more coverage highlighting your perspectives and experiences and for insight into how we work.

Fix: Photos out of chronological order in albums for imports

The Galaxy phone Samsung fans have been waiting for will